Quite true to its blurb, A Smattering of Darkness is a collection of short stories of varying lengths encapsulating the gray shades of the human psyche. It has short stories addressing some very shady aspects of the human mind. A world full of violence, abusive behaviors, gender issues, selfishness, and how people see everything else, except another human being in front of them, as the most important thing in the world.
Surprisingly, while she does not mention it, there is a lot of paranormal element that looms large in Alisha “Priti” Kirpalani‘s work, ‘The Encounter’ touching that sphere.
The sinister shadow of the monster within each mortal has been highlighted well with her pen. ‘Spirits’ is a fantastic example of that.
Alisha is good with wordplay and she is also successful in many spots in placing before us the exact feeling the protagonist might be going through, those hidden thoughts a person in that situation might actually have, and some of these instances had me by surprise, a pleasant one, at her ability to capture that instance well. Yet, and I don’t want to come across as rude or distasteful, but there were several other places, where some phrases which represented thoughts felt as if the writer had to struggle with being able to express them finely, they left me wanting in the department of linguistic expression.
There was something that had me a somewhat vexed with the content. The ends were always a twist, nothing at all how you would see the stories go. Sometimes I felt that some stories were begun right, nurtured in infancy, wanting to deliver some message to the reader, but then abandoned as they grew, hurriedly closed shut with a weird, even inexplicable ending, because the writer simply felt like playing a twist in her whim, just to make them appear quirky, and not because it was so needed. I might be wrong, everyone can have a different take, but this is what I felt. One of the stories, ‘Seven’, truly impressed me, the way it was sketched, like a live journal of a sufferer of the plight of the protagonist. The ending was undeniably nice, perhaps the rare positive one, but it didn’t match the realism that was so evocatively penned in the rest of the paragraphs.
The stories had me sad and they were even heavy to hold (and for this very reason I went slow with them, reading one, and the some time later), with a somewhat repetitive pattern of pukish descriptions, and since some entered no conclusive end except the ones that did, I was left with an unhappy feeling.
Except for the very end. The shortest ones were the best. To quote one from it,
“She broke his marriage, moved into his home. Faith foretold that history does repeat. He found another one who swept him off his feet.”

All in all, this is a fairly good debut, and I think the writer should not be missed for all the splashes of brilliance she makes, they are worth the take.
I received an E-copy of this anthology, A Smattering of Darkness in exchange for a fair and honest review.

What if, you actually turn around and tell me, no, you can’t bear me anymore?
What if, you read my poems again and tell me, it is all as flawed as I am?
What if, you pick my postcards and want to throw their tatters back in my face?
What if, you see me and tell me, neither are my words beautiful nor I am?
What if..
And as I type.. I slowly feel.. like I might just live through it all,
only if living will be like a breathless existence,
a death brought on an walking body whose system shall work,
the mind half numb but the heart whole paralyzed.
Will I be then worth than any life?
So i want to die tonight itself, to become the epitaph of silence,
in the beautiful belief of the relief that you still love me,
perhaps in the last grasp of that hour when I spoke to you, I thought so, that you did.
No death shall appear more beautifully peaceful than this.

Sometimes you are so scared, all you want to do is go hide in a graveyard for the next score of years. 😦
In short, you’re so scared, you can barely breathe, you’d rather die only.

Where is the silver lining at the end
Of my thoughts in a dark cloud ?
My heart too is struck by lightening ,
My emotion too thunders loud.. !

(a poem for a fictitious muse By Purvi & Raj Shekhar Sen,
written eons ago, still fresh in the memories of friendship)

.
By River Teesta as he stood
smoking a cigar in the evening’s hood
of the dark night to unfold
his life’s thoughts & moments on the threshold
glowed somewhere far, a lamp of charcoal
he saw in its depths murky waters sink in
but the shallow banks had clear streams rolling
The little fish there jumped in gay abandon
joyous of the company of fresh waters random
while the black deep saw the twirls & the foam.

And, there he stood, all alone! Deranged?
Their need, their reason for existence could not be exchanged !
.

.
Thoughts riveting back to those scarlet days,
When hope was alive, with love in his ways
But now the anguish of revealing the truth of it all,
She is not in love with him, oh the merciless hurt, the fall.
To look at the fishes swimming with the flow,
The joy of their swim, the river on whom stars glow.
They are elated even to float that way,
They don’t desire,to move nor to sway
Staring in the waters with the heart busy thinking though
In the irony of her beauty even the stars seem to bow
Unaware of the tears falling from the dreaming visions
Swimming in shallow, the soothing, want to make him listen…
.

.
The fact he must know, a smile again he must preach
Stars on our face do glow, but forgiveness is what we want to teach
A lone star you wish to stay, but reality of existence is all so fake
You praised the silence in whatever we spake,
But no more deep has remained the lake…
Thought then he, aloud of his whim
If the fish in the stream, with new waters everyday, swim
Without the desires they have to hold on
To what is now woebegone
And the stars reflect on the river
As if GOD has blessed them forever.
Then he should too swim like a friend on the shore
A friend he would be,  just a friend, and no more.
.

.
“All that is left with us, nay ME, is yet, a lost another day..
YET We are not losing the hope to live,
nor sardonically do our smiles away..
Happy we are to see a new day with the rising sun..
Forgetting the grief we felt last night,
moving on again, life again on the run!”

Threw he then, the burning cigar in the cold waters of Teesta
Flicked out the keys for his open jeep to go through a vista
With one stroke, the vehicle roared alive
Yes, he had to go, let go, far away drive
Into the wisdom of the dawn of the fading night
The long alley had to unwind many a moments dark & light. 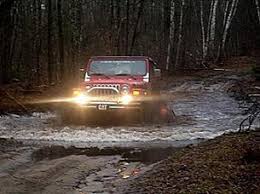 Sharing here the “I Am The Forest” award,
awarded by the Jingle Group 🙂